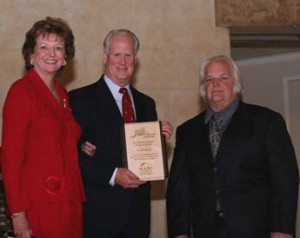 In addition to being named “Best of Campbell” in 2009, 2010 and again in 2011, we’re proud to have been awarded the 2006 “Platinum” Award and 2007 Gold Award for excellence in design and execution for a Residential Interior Remodel over $100,000.00 by the San Jose Chapter of NARI (The National Association of the Remodeling Industry).

Our other awards include the NARI Contractor of the Year Region 7 competition for the same project. The design was by Carol Woodard of Woodard and Associates located in Saratoga, and was supervised to completion by Mark Walter of Peter Lyon. We were also selected to participate in the inaugural Build It Green Santa Clara County Green Home Tours in 2006 and participated again in the 2009 tour. 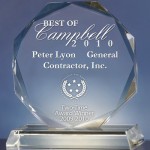 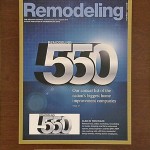 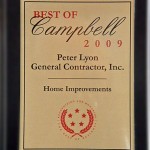 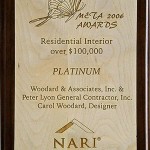 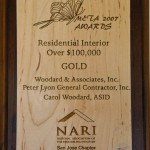 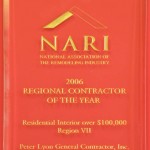 “We will absolutely call on you all to do the other half of the house when we get ready for that. In fact, we wouldn’t consider anyone else for the job! You’re the best — and everyone should know it. Sincerely and gratefully,